[This Lisinopril and Gout discussion moved from old forum August 2009]

My Experiences with Lisinopril and Gout

Lisinopril belongs to a group of drugs known as ACE inhibitors. These drugs are used to treat hypertension and a number of other maladies. I was put on Lisinopril approximately three weeks after my blood pressure skyrocketed to 177/99 while I was at my local clinic, causing me to collapse in to a chair. This incident was brought on by a huge sleep deficit and extremely high level of stress. After about thirty minutes, my blood pressure did fall back to 139/92 (or so), which was still above my average BP over the last three months of 127/85. The doctor that insisted that I go on Lisinopril was not my regular doctor and in fact, was quite condescending, failing to listen to a word I said to him. On my medical records, it showed that at one point last year I turned down a prescription for Lisinopril. He chastised me for this, essentially guilting me in to trying it again while I was in a much-weakened state. I tried to tell him that I HAD taken Lisinopril before and found the side effects to be unbearable. He told me it was a medicine with little to no side effects. Buuullll Shhhit!

This past Saturday, after only 14 days, I quit taking the drug. I had been suffering horrendous stomach aches, headaches, joint pain, and general nausea the entire time I had been on Lisinopril. To top things off, my left ankle began to swell and became very, very painful. While eating dinner with my wife that evening, I nearly passed out numerous times while sitting at our table. I was hanging on to consciousness by a thin thread. It was the sickest I can ever remember feeling. I wanted to die.

All of the side effects from this drug were horrible. The swelling of my left ankle, although not the worst effect from the drug (that would be the head and stomach aches), was the most puzzling. The pain started out slowly, not unlike most gout attacks. However, there was no forewarning of this ‘attack’. There was no twinge, no redness, no tenderness. It just began to hurt, and eventually, swell to the size of a softball. Even in this overinflated state, there was no redness at all and I didn’t experience that warm, burning feeling that often accompanies a gout attack. The pain, though, was very familiar and felt exactly like an attack from gout. I’m sure what I experienced was definitely gout-related, but was it truly a gout attack? After some reading, I did find that Lisinopril ‘protects’ the kidneys, whatever this means. Does this limit the excretion of uric acid, perhaps, prompting an attack of gout? I’ll have to do more research on this when I’m feeling a bit better. My head still isn’t feeling quite right.

Two days ago I was able to see my regular physician. I told him what had happened and what was going on. He was glad that I took myself off of the drug and was surprised to hear that it was even prescribed to me. For now, I won’t be taking any blood pressure drugs and will work on keeping it at normal levels naturally. Although I’ve always eaten pretty healthy, I’ve made two more changes to my diet that are sure to help ? no more caffeine, which means no more soda of any kind, and no more added salt to anything. So far, three days in to cutting these things out, I don’t really miss them at all. My ankle is still a bit swollen but is much better than it was three days ago. Although there still is some moderate pain, I can walk normally again.

[Just one comment from zip2play:]
ACE inhibitors can be wonderful drugs IF you can take them. They block the enzyme ACE which converts Angiotensin 1 to Angiotensin 2 the most pressor agent in the body (pressor meaning BP raiser by constricting blood vessels.)

But alas, ACE has a lot of other functions and blocking it allows a buildup of bradykinin, a histamine-like substance that can cause problems. First and foremost, it causes a terrific endless cough in lots of people. It causes blood vessels to leak fluid, thus causing tissue swelling like histamines do. The itchy, scratchy dry INCESSANT cough is the reason I had to stop.

So, although ACE inhibitors like lisinopril (I’ve only tried enalapril) have been PROVEN to increase life expectancy of people with heart disease, for some of us, they are simply not an option.

If I can make a suggestion, switch to losartan for BP control, either 50 or 100 mg./day. It is a weak anti-hypertensive but side effects are nil and it is unique among BP drugs in that it is uricosuric. 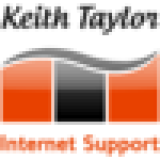 I'm first line support in GoutPal's Gout HelpDesk. I post feedback from the helpdesk into the gout forums. If I've posted something on your behalf, please let me know, and I will transfer it to you.